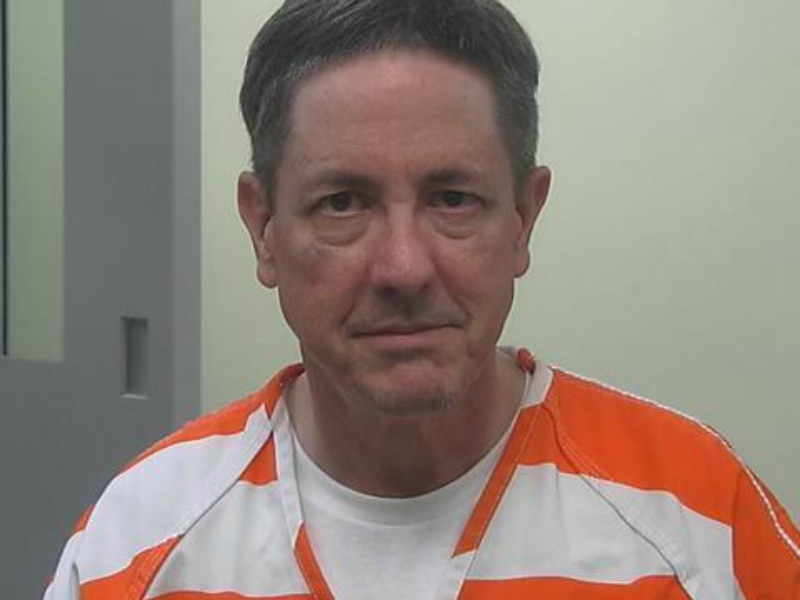 FILE – This 2017 file photo provided by the Tooele County Sheriff’s Office shows Lyle Jeffs. Jeffs, a polygamous sect leader recaptured after a year on the run in a fraud case, pleaded guilty Wednesday, Sept. 20, 2017, in an escape and food-stamp fraud cases, in federal court in Salt Lake City. Jeffs is facing federal charges in what prosecutors call a multimillion-dollar food-stamp fraud scheme as well as his escape from home confinement. (Tooele County Sheriff’s Office via AP, File) September 21, 2017 By Lindsay Whitehurst ShareTweetShare

SALT LAKE CITY (AP) — A high-ranking polygamous sect leader recaptured after a year on the run has pleaded guilty in a food-stamp fraud and escape case, ending a wide-ranging investigation seen as a crackdown on the secretive group.

Lyle Jeffs is facing three to five years in prison after pleading guilty Wednesday (Sept. 20) to two felony counts in an agreement that also called for him to pay $1 million in restitution.

U.S. Attorney for Utah John Huber said it was a fair end to a hard-fought court battle. “We’re not out to punish people of faith, people with sincerely held religious beliefs. We’re out to punish fraudsters. Lyle Jeffs is now a convicted fraudster,” he said.

Jeffs will be sentenced Dec. 13 by U.S. District Judge Ted Stewart — the same judge who reversed an earlier ruling and released Jeffs from jail to home confinement in 2016 while he was awaiting trial in the food-stamp fraud case.

Days later, Jeffs used olive oil to slip off his ankle monitor and escaped. He was on the run for nearly a year. Jeffs was caught after South Dakota pawnshop workers recognized him as he sold two pairs of pliers. He was apparently living out of his pickup.

Jeffs was one of 11 members of the Fundamentalist Church of Jesus Christ of Latter Day Saints charged with helping funnel millions in food-stamp benefits to a communal storehouse and front companies. The funds were used to pay for a tractor, truck and other items. Jeffs was accused of orchestrating the scheme.

The other defendants have agreed to plea deals or seen the charges dismissed. Critics of the secretive sect have been frustrated that none of the others have served prison time, though prosecutors pointed to liabilities like a ruling allowing defense attorneys to argue that members were simply living out religious beliefs in sharing everything they had with the group.

Huber said his office has long seen Jeffs differently from the other defendants, as he was a leader who lived lavishly while low-ranking followers suffered.

“He’s in shackles. He’s in chains. He’s not getting out anytime soon,” Huber said.

Jeffs, 57, pleaded guilty to conspiracy to commit benefits fraud and failure to appear. Prosecutors dropped a money-laundering count in exchange for accepting the plea deal. Huber acknowledged that some may criticize the terms of the deal, but he said investigators will begin searching for property in Jeffs’ name to seize for the restitution.

Authorities believe Jeffs was struggling in the weeks before his arrest without the help of fellow sect members after falling out with his brother Warren Jeffs, who runs the group while serving a life sentence in Texas for sexual assault of underage brides, the FBI has said.

The sect is based in a small community on the Utah-Arizona border. Members believe polygamy brings exaltation in heaven. The sect is an offshoot of mainstream Mormonism, which disavowed polygamy more than 100 years ago.

The food-stamp case coincided with other government efforts to go after the group, including child labor cases in Utah and a religious discrimination case in Arizona. In that case, a jury found last year that the border towns that form the sect’s home base denied nonbelievers police protection, building permits and water hookups on the basis of religion.

The communities of Hildale, Utah, and Colorado City, Ariz., are now under court supervision for the next decade as punishment.