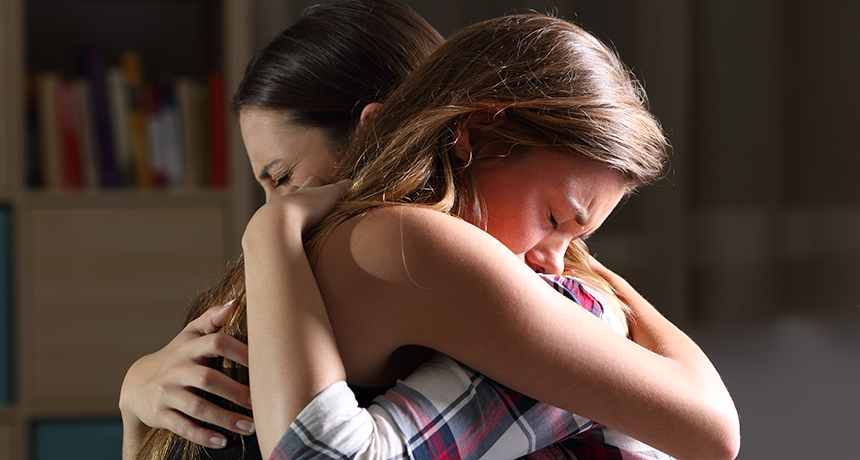 The impacts of climate change can hurt kids’ mental health in a wide range of ways.

Learning about all the ways that climate change is impacting the planet can feel overwhelming. No part of the world has been left untouched. And a lot of people have been — and will be — harmed by the effects of rising greenhouse gases. Many of those impacts will clearly hurt the physical health of people, such as by aggravating asthma or heart disease. But climate change can be bad for mental health as well. And children and teens are especially at risk, psychologists now report.

Climate change affects people in many ways. Direct impacts can hit hard. Extreme weather and sea-level rise can destroy homes and property. People can suffer physical harm from extreme events as well. Even if someone doesn’t have these losses, they may worry about what could happen in the future. Depression, anxiety, post-trauma stress, sleep disorders and other problems can result.

The brains of children and teens are still growing and developing, notes Lise Van Susteren. She’s a psychologist in Washington, D.C. and an expert on the mental-health effects of climate change. Those growing brains make young people “particularly vulnerable to environmental stressors,” she wrote last year in an expert report for a court case. Youths in that case have sued the U.S. government for failure to take action on climate change.

Explainer: What is anxiety?

How Earth’s climate has been morphing can easily disrupt “normal” life. For instance, wildfires last year obliterated the town of Paradise, Calif. Kids and teens not only lost their homes but also their schools. Many had to move away from their home town and friends. Young people may have had trouble dealing with such new situations, not to mention missed school days and dealing with their roller-coaster emotions, Van Susteren and other psychologists note.

But climate change can pose a risk to mental health even without a direct physical threat. Children and teens are generally more likely to accept the scientific consensus — widespread agreement — about humanity’s role in climate change, Van Susteren notes. Many kids also worry about how the impacts of climate change are expected to only worsen.

“They look at the generation ahead of them that could have taken action and didn’t,” she says. This can trigger feelings of anger, grief, resentment, fear, frustration and being overwhelmed. Not every young person will feel these emotions. But for many, the feelings can get in the way of their general well-being. Young people “have to let those feelings out,” she says.

There are things teens and ‘tweens can do to cope with any negative emotions that may threaten to overwhelm them.

Those who feel negative emotions about climate change “have to let those feelings out,” Van Susteren says. “Then they have to take the energy of all those emotions and ask themselves what they think they are best at doing to correct what can be corrected.” And there’s much that young people can do.

For example, 14 year-old Milou Albrecht is an activist. Since last year, she has been one of the leaders of Australia’s school strikes for climate change. The movement began with activist Greta Thunberg, a teen in Sweden. Milou says taking part feels “empowering.” 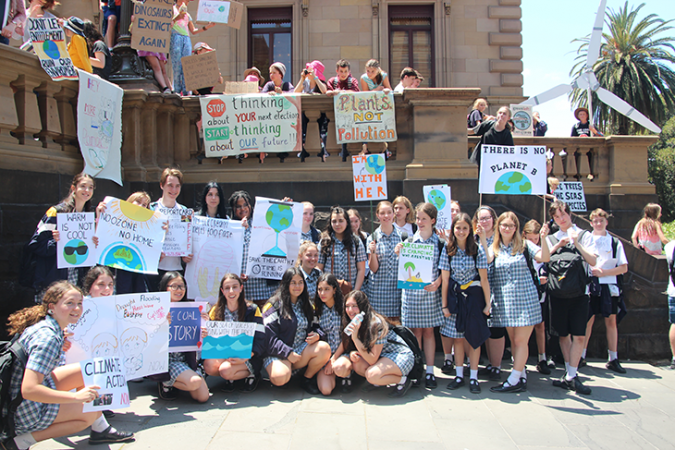 These young people were among thousands of Australian students who skipped school for a climate change “school strike” on November 30, 2018. Activism is one of several ways kids can channel frustration, anxiety and other feelings about climate change into positive action.Takver/Flickr (CC BY-SA 2.0)

Other students may be great teachers, researchers, letter-writers or organizers for energy-saving programs. And everyone can practice energy conservation. That helps set social norms, Van Susteren says — meaning what’s normal and socially acceptable. “So there is a job for everyone,” she says.

Keep in mind that you’re not alone. “Find you teammates, your kindred spirits,” Van Susteren recommends. These are people “who are going to go the distance with you,” she notes.

Susie Burke is a psychologist in Melbourne, Australia. She’s also Milou’s mom. Burke urges students to get out in nature. That can help restore a calm mood. It also can improve someone’s ability to focus on things, she says.

There’s also “a time to say to somebody, ‘I need help,’” Burke stresses. It might be when you can’t stop crying. If you constantly think about something. If you lose interest in things that you normally enjoy. If you feel more and more angry. If you feel overwhelmed or helpless. Or if you shut yourself away from other people. If you wonder if life’s worth living.

If any of these things happen, talk with an adult who cares about you, Burke says. Any of those clues could signal stress, anxiety, depression or another problem. And if you need it, professional counseling can help you cope — not only with climate change but alsowith many other sources of stress.

“The most important thing,” Burke says, “is to have a sense of hope and optimism.”