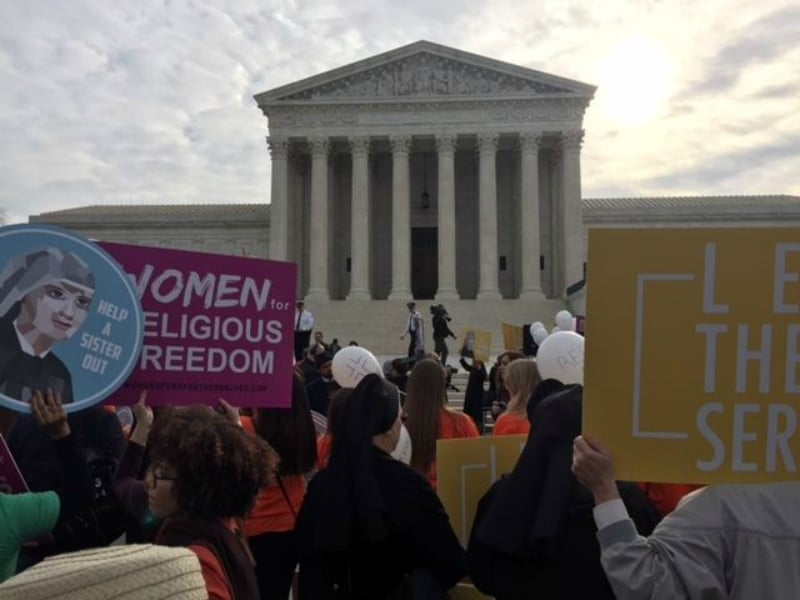 (USA Today) — The Trump administration is expanding the religious exemption for employers that don’t want to provide insurance coverage for certain birth control methods because they have moral objections.

The Affordable Care Act required all employers to cover birth control for their workers without any co-payment, but the provision has been embroiled in lawsuits ever since.

The new rules, announced Friday (Oct. 6), allow any employer or insurer to stop covering contraceptive services if it has religious beliefs or moral convictions against covering birth control. It would be up to states to determine how companies should make these decisions.

Senior Health and Human Services officials said only a small fraction of women who get birth control without cost from their employers will be affected, as some large companies, including Pepsi and Exxon, had pre-ACA plans that will continue. Some church groups were already exempt from the law and not providing this coverage. The officials requested anonymity during a Friday call with reporters.

The Supreme Court decided in 2014 that the Affordable Care Act couldn’t require employers to offer insurance coverage for certain birth control methods they equate with abortion. The decision applied only to private corporations such as the family-owned companies — including retailer Hobby Lobby — that challenged the law. Women working for those companies would be able to get morning-after pills and IUDs from other sources, such as the government or private insurers.

Critics of the rule, including American Public Health Association executive director and physician Georges Benjamin, said it is a way for the Department of Health and Human Services to achieve what it hadn’t been able to do in Congress despite repeated attempts to repeal and replace the ACA.

The group also said contraception reduces maternal mortality and improves the health and economic stability of families and communities.

ACA opponents sought to get rid of the so-called “essential health benefits” that the law requires all insurance plans to cover, which includes birth control.

Brown joined opponents of the Trump administration in a call about the expected rule that was set up by Planned Parenthood late Thursday.

“Any move to decrease access (to contraception) will have damaging effects on public health,” says ACOG CEO and OB/GYN Hal Lawrence, citing premature births, which are more common when babies aren’t planned.

The agency is showing a “deep disregard for women’s health,” he said.

It may be a costly change too. For every dollar spent on birth control, ACOG estimates $7 is spent on other health care costs associated with unintended pregnancies.

While contraception prices may not rival some of the sky-high prescription drug prices that have dominated the news, a 2010 Hart Research poll found 1 in 3 women voters struggled to afford prescription birth control and 57 percent of women aged 18 to 34 had trouble paying.

The percent of people who had to cover some of their birth control costs dropped from more than 20 percent before the ACA to 4 percent after it went into effect, according the Kaiser Family Foundation.

Conservative groups that fought the Obama administration in court over the birth control mandate applauded the expected rule when a draft began circulating this spring. These supporters said women seeking birth control from employers could still buy separate policies directly from insurance companies. They estimated fewer than 200,000 women would be affected.

Still, the Center for American Progress thinks “the floodgates” could open to “nearly any private employer refusing to cover birth control.”

Of the companies that filed requests for exemptions from offering birth control without a co-payment, 53 percent were for-profit companies, the group said in August. The group obtained the information through a Freedom of Information Act request.

“The data are only small slice of those seeking the right to deny coverage, but they demonstrate that this debate isn’t about houses of worship or faith-based organizations wanting accommodations,” the group’s Devon Kearns said Thursday. “A change in the rule would enable even more for-profit corporations the ability to make getting birth control more difficult.”