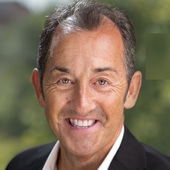 Geoff Beattie has acted as a consultant to the Born Free Foundation.

Edge Hill University provides funding as a member of The Conversation UK.

Do you have any desire to stalk and kill an elephant? Probably not, but some relish the idea.

Recently the world’s largest trophy hunting convention took place in Las Vegas, organised by Safari Club International, an influential US-based hunting lobby group. Attendees bid in an auction on a trip to hunt and shoot polar bears, with some of the funds raised earmarked to fight UK government plans to ban hunting trophies.

The proposed new laws will be some of the toughest in the world, banning imports of dead animal trophies not only from the “big five” most desirable hunted animals – lions, leopards, elephants, rhino and buffalo – but also around 7,000 other endangered and threatened species.

Trophy hunters pay large sums of money, often tens of thousands of dollars, to travel around the world to kill wild animals. Who can forget the killing of Cecil the lion in 2015 in Zimbabwe? He was hunted over many hours with a bow and arrow, before being skinned and beheaded by a dentist and committed trophy hunter from Minnesota. 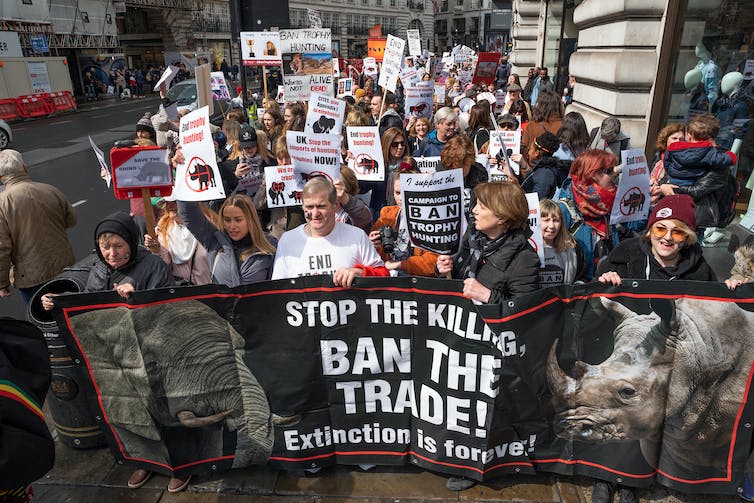 Many of us feel genuine bewilderment about why men (and some women) have the desire to kill like this. Can psychology help shed some light on what lies behind the motivation to hunt?

Hunters themselves argue that hunting large prey is integral to our evolutionary past – that it’s part of our human DNA.

But anthropological research suggests that hunting large prey provides too much food at any one time, which does not necessarily lead to future benefits.

One study offers a different evolutionary explanation called the “costly signalling theory” – the dead prey was an easily visible display of skill and courage and therefore increased the fitness status and sexual advantage for members of the ancestral hunting group (a bit like the feathers of a peacock).

Could trophy hunting be the modern-day equivalent?

To gain some insight into the psychological motivations of trophy hunters, researchers analysed 455 hunting stories from online hunting forums, picking out 2,864 individual phrases from these stories to identify the reasons for hunters feeling satisfied after their kills.

They found “achievement” to be the most frequently reported, followed by “appreciation” of the animals (including “love” of the animals they kill) and “affiliation”, the sense of being part of a community of hunters and the resulting strengthening of social bonds. 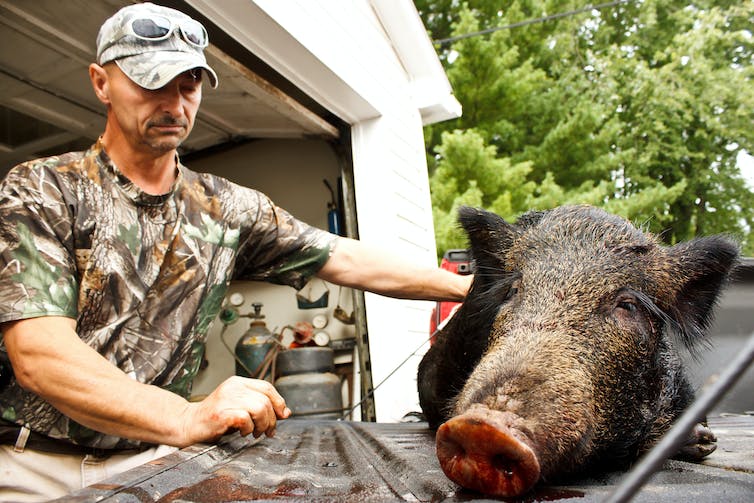 A hunter often shows deep appreciation and love for their kill. MCarper/shutterstock

Another study analysed the non-verbal communication of the hunters, especially the type of smile of hunters in social media posts where they posed with their dead prey. They found that smiles of “true pleasure” were significantly more likely when hunters were photographed with carnivores rather than herbivores and when the prey was large rather than small. The authors concluded that this research highlights the importance of the notion of inner achievement in trophy hunting.

But this may be too limited a conclusion.

These smiles are more than just natural signs of pleasure. They are social displays exaggerated for social media posts and part of an image involving both the hunter and the hunted – a display of power, dominance and control. Just as the “costly signalling” theory suggests, the animal is a mere prop in a story about the hunters so they can signal their status and fitness in a photo, which is a reconstruction in memory of the hunt itself.

And this is where psychology can begin to shed some light on what motivates people to hunt.

It has been suggested that narcissism, machiavellianism and (non-clinical) psychopathy are all involved, the so-called “dark triad” of personality characteristics.

Narcissists have an inflated sense of self and crave positive attention. To maintain this inflated level of self-esteem they must engage in strategies to maintain and develop their self-image, like posing with a lion they’ve just killed. Machiavellians often manipulate social situations for their own ends, just like the carefully managed social media images, while psychopaths are usually callous and lack empathy – they simply do not experience the same level of emotion about the suffering of others, whether human or animal. So animals can be used as props to maintain their self-image of superiority without guilt or conscience.

Read more: Trophy hunting – can it really be justified by ‘conservation benefits’?

In a study of the link between dark triad traits and attitudes towards animals, researchers found that animal cruelty is an indicator of violent antisocial behaviour. They also found that less positive attitudes towards animals were associated with higher levels of all three of the traits and that higher levels of psychopathy were associated with actual behaviour, for example, “having intentionally killed a stray or wild animal for no good reason” and “having intentionally hurt or tortured an animal for the purpose of teasing it or causing pain”.

This research was not conducted with trophy hunters themselves, and whether these findings apply to them depends on how you view trophy hunting. If you assume it requires a less positive attitude toward animals and is a sanctioned act of animal cruelty, then these results might well be relevant. It seems likely that a lack of empathy and a degree of callousness would facilitate trophy hunting, and the images would allow the maintenance of narcissistic flow for these people.

I believe that psychology may well hold the key to understanding trophy hunting and why it flourishes in this narcissistic age of ours. Understanding hunter motivation is important, not least because it can lead to improved wildlife management policy and practice, and can tell us, ultimately, what can be done to combat trophy hunting.